CALIFORNIA YOM KIPPUR
Main Page
By Bill Weather
Much more info on all of this is available here...
On July 14th, 2017, I had a dream that I was in Santa Cruz, California. I was at the top of the old Santa Cruz Mall at the corner of Front and Pacific Ave. The location is significant because Front and Pacific is what's telling ahead of time... a front... for the Pacific... and Santa Cruz means "saints crossing" and in the dream I came across a prophet there who declared very boldly "It's all going down October 5th."

Then there was a call for me. Someone was on the phone and they said it was Bill Lee currently now the Governor of Tennessee. At the time I interpreted it as “Billy” because I didn't know Bill Lee or any Billy who they said was calling from back home (I'm stationed in the Nashville area and so is now Governor Bill Lee). A phone was handed me and I asked him "where are you calling from?" He spoke with a southern draw and it was the voice of Bill Lee. On the phone he said one word ... he was calling from "Slashville."

Then I turned to a friend there and told him he could escape what's coming by going back east to offer himself up to farmers to feed himself. That's a sign of how bad it's gonna get there.

You have to realize this was a prophetic dream that has already shown us 2 signs. This dream had Bill Lee in it at the time, long before he was governor and here he was in the dream telling us of an economic crash coming by Nashville becoming "Slashville". Before that, I had never heard of him running for governor. So the rest of this prophetic dream should be taking place during his tenor as Governor, which is 2019-2022.
Whether that October 5th date in this dream is an exact date or symbolic for close to that time to watch, we'll have to stay in wait and see mode. 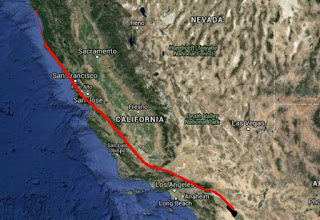 Then there was a phone call for me. Someone by the name of  Billy was on the phone for me. I thought it strange because I didn't recall anyone named Billy that I knew.  I told him over the phone I'm coming back to Nashville to prep. I asked him where he was. He said he was in "Slashville." I told another there that he could go back east and offer himself up to farmers as labor to feed himself to survive.
The really bizarre thing about this is right before sleep I asked for a date that the market was going down big, like it did back in 2015 when I  was given the date August 17th to buy in at. That came to pass exact. Well, right before sleep, from that same kind of  prayer, I was given the date october 5th. Now, just dreaming of it, wow, never had that happen before.

Update 8/8/18   The Billy in the dream is Bill Lee, who looks to be the new Tennessee Governor soon, who will be stationed in "Slashville."  so this should be for October 2019-2022, one of those years, most likely, I think in 2022, since October 5th that year, Falls on Yom Kippur, the Day of Atonement! And California has some serious atoning to do.

Nashville is like the model economic boom city, with like 20 cranes downtown putting up sky scrapers. But Nashville will be turned to slashville when this hits, indicative of the economy being slashed when this comes to pass. And the fellow I was telling to offer himself up as a laborer to farmers to survive is also showing how bad the times will become.
A west coast mega quake would take out silicon valley, killing many and making over 1 million people instantly homeless. It's going to be a historical event that will make 911 look like a small quiver.
I was not given a year for this, so we will have to be in a wait n see mode.